Things to do in Yuksom | Best time to visit Yuksom

In the beautiful state of Sikkim, a place which shares its borders with China, Bhutan and Nepal; cradles a small town called Yuksom, with a rather large historical, cultural and religious background. It was the first capital of Sikkim established in 1642 AD by Phuntsog Namgyal, who was the first Chogyal of Sikkim. The coronation site is called the “Norbugang throne”.

Yuksom denotes the place where there is the Norbugang Chorten which lies near the Norbugang throne. It has several monasteries and lakes to magnify its significance.

Yuksom is famous for Dubdi Monastery; established by the first Chogyal; as a part of the Buddhist religious Pilgrimage circuit which includes Norbugang Chorten and Tashiding Monastery. Yuksom has a special religious and cultural significance for the Bhutia community of Sikkim. Yuksom lies in a basin like Valley surrounded by mountain ranges, at the head of the Kanchenjunga National Park and acts as the starting point for mountaineers to trek to Gochela.

Yuksom is a place where you can visit all year around. All the seasons here have its own specialty and it’s never a bad decision to visit this absolutely breath-taking valley. To make things more convenient for you here is a breakdown of the seasons for you.

Summer - In Yuksom summer begins from March and lasts till May and the temperature during this season ranges from 10°C to 14°C. This is the absolute best time to visit here and enjoy all the outdoor activities. During this time the valley is all freshly green and you will be able to enjoy nature also going for sight seeing in the surrounding areas will not be a problem. During this time also there are many trekkers from all around the world for the Dzongri trek which makes it a busy valley.

Monsoon - In Yuksom monsoon begins from June and lasts till September, during this time the temperature ranges from 10°C and slowly drops really depending on the amount of rainfall. Due to the rainfall sometimes there can be landslides in certain areas and also pathways turn slippery which makes the outdoor activities impossible and sightseeing plans can get cancelled.

Winter - In Yuksom the winter begins from November and lasts till the end of February. During this time the temperature drops to minus and it hardly ever crosses 15°C. Winter here is very chilly and frosty but is very much loved by the travellers. You can see snowy mountains from here and the outdoor activities are more fun during the cold days. Also, during the night to be able to enjoy the bonfire and watch the clear night sky full of stars is just magical. Pack heavy and this is just the time for you to be in Yuksom.

THINGS TO DO IN YUKSOM

Located far in the wild west of Sikkim is Yuksom, it is a beautifully placed valley in the bottom of the Himalayan range. The valley is surrounded by high mountains on all side covered with lush greenery and snow-capped mountains. You can see Yaks and horses grazing in the open green fields. There are many historically important and religious places here along with all the beautiful locations. It also is the base of the main trekking route to “Dzongri”, one of the most famous trekking routes.

This is the place where you fall in love with nature and also with the local life here. The farming is splendid, the food is fresh and organic, local drinks are available in varieties that you cannot even imagine and the locations here are breathtakingly beautiful. As you spend a few days here you will want to stay more and never leave.

DUBDI MONASTERY - Dubdi Monastery, also known as the Yuksom Monastery is a Buddhist Monastery of the Tibetan Buddhism culture. It is professed to be the oldest Monastery of Sikkim established in 1701 by the Chogyal Namgyal. It is placed at the top of a hill which is about an hour walk from Yuksom. It is also called as the Hermit’s cell as this was the place where the first Chogyal was crowned. The literal meaning of “Dubdi” means “the retreat”.

KANCHENJUNGA WATERFALLS - Kanchenjunga waterfall is a perennial waterfall which lies an hour from Pelling towards Yuksom. This waterfall is believed to originate from Mt. Kanchenjunga, the 3rd highest peak in the world and falls from a 100 ft height to a pool. This splendid glory and glory of this waterfall is worth the visit.

NORBUGANG CORONATION THRONE - It is the place where the crowning of the first Chogyal of Sikkim was done in 1642. The Norbugang Chorten is a stupa situated here. A holy lake known as Kartok Lake, a serene lake, is also linked to the historicity of the place. This place holds a great historic significance when Sikkim was a kingdom therefore is a very popular tourist location for researchers, photographers and nature lovers.

KARTOK MONASTERY - Located in Yuksom, is one of the three important monasteries of this town called Kartok Monastery. The name of the monastery came into existence after a lama who played a huge role in the coronation of the maiden ruler of Sikkim. Here you will be able to see the olden days architectures along with colorful prayers flags and many devotees.

PHAMRONG FALLS - Approximately 7 Kms from Yuksom lies the highest waterfall of Sikkim called the Phamrong falls. It is amidst a greenery of forest foreseeing the magnificent view of Mt Kanchenjunga. You can see the clear water cascading down the Kanchenjunga range which makes the water sparkle giving it a magical touch. For a clearer and closer view, you can hike a staircase about 200 steps to reach a viewpoint. Also, a bridge is made nearby to get a wholesome view of the falls.

HOW TO REACH YUKSOM

By Road - Yuksom is approximately 44.5 Km, 5 hours from Geyzing.  It is accessible from various places in the state and outside as it is linked by road networks through which we can get there usually by bus.

By Train - New Jalpaiguri Railway station is the one and only option to get to Yuksom. From the railway station one can hire a taxi or a private vehicle to reach there.

By Air - The nearest airport to get here is Bagdogra Airport which is approximately 160 km. On getting here one can easily hire a taxi or private vehicle from Bagdogra Airport or from Siliguri.

Best homestays to stay in Sikkim 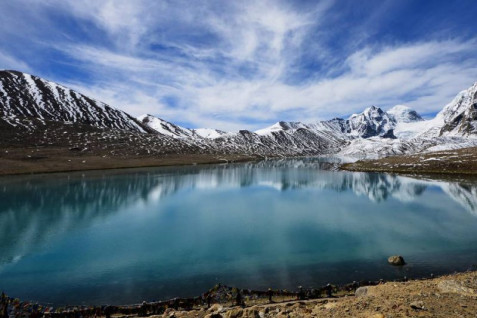 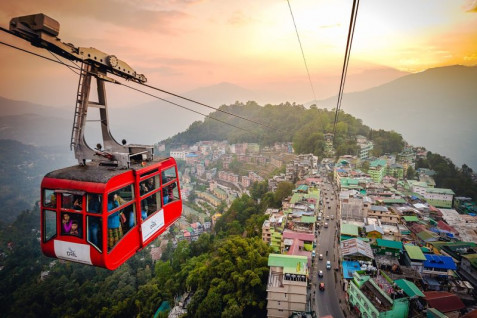 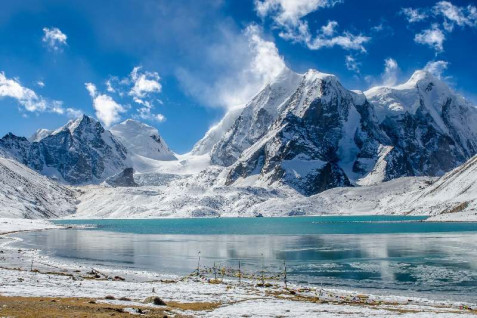 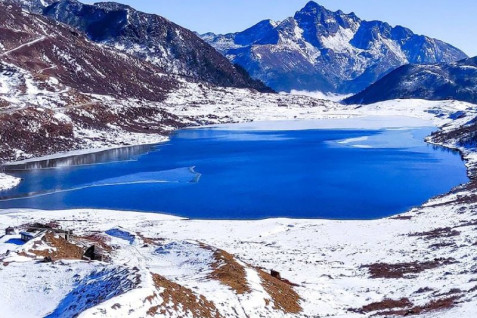